Hydrovac trucks use high pressure water to cut the soil and vacuum to remove the spoil. The trucks tanks contain the spoil until it is full and then the slurry is disposed of at a designated area.

Generally hydrovacing is used where mechanical excavation is not allowed, such as areas around underground pipelines etc. It also guarantees that services such as electricity, gas and so on are not damaged by excavation equipment which is generally used to open the ground to expose the pipes. 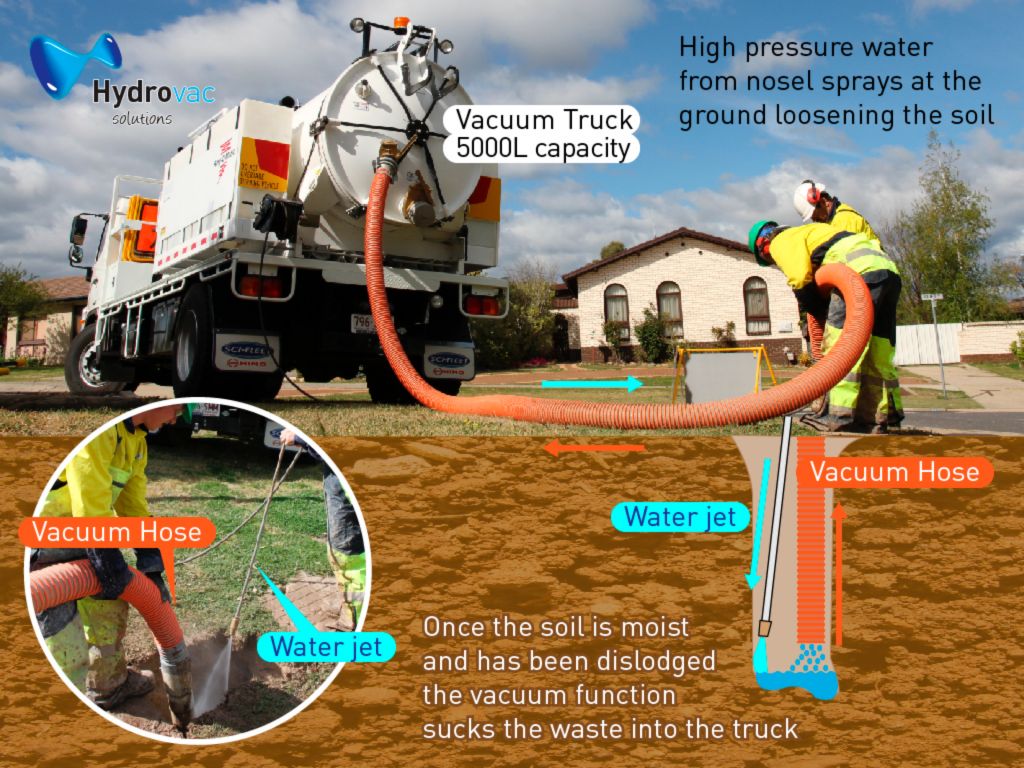 Is there any danger of the pressurised water damaging underground structures?

The process of hydroexcavation is considered to be extremely safe, both for the buried structures and the personnel working at the site. The pressurized water is used to break up the dirt that is packed around the structures and not generally directed at the structures themselves.

What happens to the dirt, water, etc. that gets sucked up during the hydrovac process?

The water mixes with the dirt to create a slurry that is sucked up by the vacuum and deposited in a holding tank. The mixture can then be disposed of in a safe and environmentally friendly way.